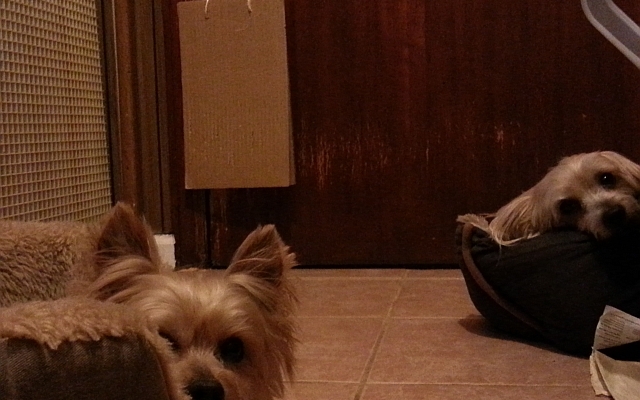 The harder the work, the greater need for a break.  The fall semester this year has been more intense than last year.  I was looking forward to New York as I survived finals and projects.

My goals were to relax and not to think so much.  I didn’t bring much reading material.  I enjoyed watching TV after going mostly without it for a semester.

Meanwhile, the dogs continued to ignore me except when they wanted attention and love.  Chip, the oldest dog, needs to be carried up and down the stairs.  But he spends most of his day sleeping.

I can summarize my break in three words: weather, movies and family.

Here are my highlights from the break.

El Niño has brought a very mild winter in the Northeast.  I was surprised how warm NY was during Thanksgiving break.  That trend continued into my Christmas break.  Temperatures even reached 70 degrees before Christmas.  It was interesting to see people walking around with shorts and T-shirts in late December in New York.  But all that warmer days had persistent cloud cover that put a damper on things.   I had to pack light to account for the weather.  But I packed a few sweaters when the chill returned.  The cold blast on Jan. 4-5 tested the limits of my gear.  Of course, I forgot to bring a scarf and I had to borrow one from Liza.  It’s difficult to acclimate to normal winter temperatures when most days had been mind.  But the sun came out finally.

Liza and I watched as many movies as we can.  We both went to five and I went to the rest by myself when the movie was playing only in Manhattan or when my sister came down with a cold.

Here are my quick reflections on the seven in order of viewing:

Unlike last year, I didn’t do too much wandering around the city.  Attempts to hang out with friends didn’t pan out.  I preferred to stay with my folks.  Liza and I chatted about a possible summer road trip to three religious shrines in upstate New York and Canada.  Liza, my mother and I visited relatives across town.  It was amazing how things were the same and different.  A new generation of cousins is learning to be with one another or be completely bored.  (I can relate to the bored part.)  I met my goddaughter, Jade, for the first time since her Baptism.  She was raising money to attend World Youth Day in Poland this summer.

The most important conversation during this vacation was the one with my father.  His latest health setback prompted me to talk to him about his plans and wishes.  I was surprised how easily he opened up to me about his health and ideas.  His plans weren’t definite before an upcoming procedure.  But he has thought about help for his care and finances.  That has put me at ease.

Finally, I’m back in Boston.  I have a few days to settle in before working on my lesson plan for CCD on the 10th and preparing for the retreat the following week.  Let’s get back to work. 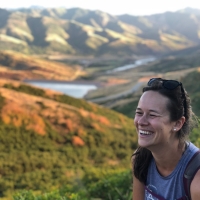 Beauty Talk
Breaking In The Habit

Reflections of a Friar in Training

Wisconsin girl based in Salt Lake City, UT. Sharing hiking, camping, and travels in Utah and the West Coast to help others plan their next adventure. Thank you for following along!