Note: This is the last of three posts about my summer assignment in Denver.  Overall, I enjoyed my time in Denver.  I have met faith-filled people, received many Marian graces and caught my first fish.  These entries covered the Virgin Mary, Service and the Outdoors.  Enjoy reading my small adventures.

I have always been a city slicker.  Given a choice between cultural or outdoor activities, I preferred the cultural.  But the sunset over the Front Range on my first day in Denver made me want to explore the outdoors.  Here are my four outdoor adventures.

My old newspaper friends Donovan and Julie picked me up in Denver.  We headed to Colorado Springs to see our friend George.  He took us for a hike in the Red Rock Canyon Open Space just past the I-25 and U.S. 24 interchange.  I didn’t have any problems with the intermediate trails.

I began to understand why the Conquistadors called this area “red.”  The red rocks contrasted with the greens and blues of the landscape.  At one break, George pointed out that the rocks formed a line toward the formation Table of the Gods in the distance.  Julie, an avid birdwatcher, was noting the various species.

Storms were coming through the area.  We cut our hike short.  It rained on the return trip.  But it was sunny by the time we reached the car.  My sneakers had red dirt all over.

During my 8-day retreat at the Cabrini Shrine, Father Dan Barron, OMV brought me to the Diessbach House, the Oblate residence nearby to the north.  From the house, I could see the ridge where the shrine sits on the south face.  The north face didn’t look too bad to climb down.

I was so tempted to jump the barb wire surrounding the shrine and hike to the Diessbach House.  I had gone so far as to plan a route with Google Maps.  But I was talked out of it by Tommy, the groundskeeper.  He said that the north face of the ridge is actually rougher than one thinks.  “It would be easier for you to crawl on the main road,” he said.   A check of a topography map proved Tommy right.  From the top, the north face was gentle until it dropped off near the creek.   I could’ve been stuck in a place where I couldn’t go up or down.  At least, I squashed any future Oblate seminarian’s dream of taking Br. Jonas’ lost trail.  Tommy said, “You’re right.  It’s a crazy idea.”

So I was content to snap nature shots within the grounds of the shrine.  The cloud formations were amazing during the retreat.

On Aug. 23, Father Chris took Br. Rafael and me into the mountains.  We had originally planned to go to Gore Canyon.  But rain was being forecast for the area.  So we headed off to Turquoise Lake near Leadville.  It rained a few times, but it cleared up to reveal the mountains and a rainbow toward the end of our fishing. 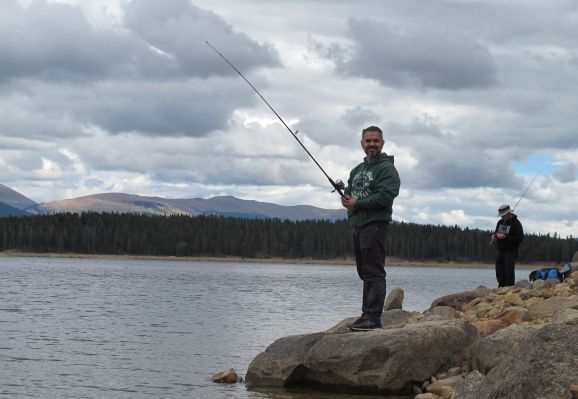 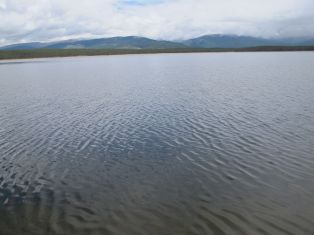 Turquoise Lake was beautiful despite the clouds and rain. 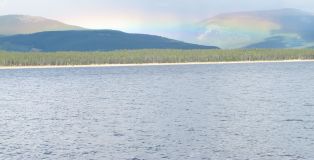 We were all greeted with a rainbow as the rain pushed farther into the mountains.

Br. Rafael had 10 bites on his line and he reeled in four of them.  Meanwhile, my frustrations continued.  I was casting.  I snagged rocks and old fishing lines.  Where were you, St. Peter, when I needed you?  When Br. Rafael reeled in his third fish with power bait, I decided to follow suit.  I snagged a fish on the first try.  Thank you, Jesus.  All my subsequent casts and power baits were fruitless.  But at least, I ended my streak of not getting a fish on a fishing trip.  The fish were given to the Missionaries of Charity in Denver.

Any critter that wasn’t a squirrel would prompt me to pull out my camera.  The first day on the retreat at the Mother Cabrini Shrine, I was heading out of the Rosary Garden.  Near the restrooms, I spotted a deer about six feet away.  One evening, I was returning to the main house after an after-dinner stroll.  I heard rustling in the bushes.  Just a few feet away, two deer were eating foliage. 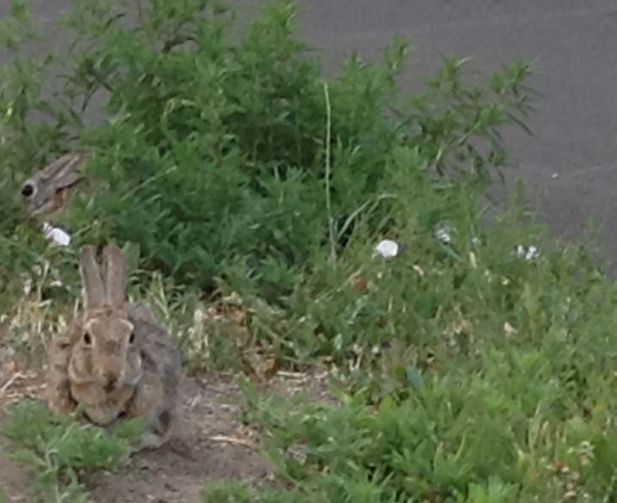 The Benedictine nuns even pinned the names of the cattle onto the ears. 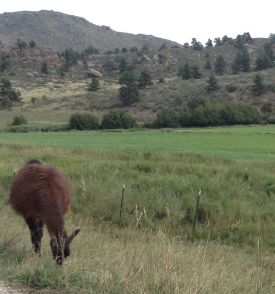 Father Andy and I saw this llama as we were leaving the Walberga abbey on Tuesday, Aug. 28, 2018.

This deer was eating just feet from the restrooms at the Mother Cabrini Shrine on Wednesday, Aug. 1, 2018.

These deers were eating right next to the main chapel at the Mother Cabrini Shrine on Wednesday, Aug. 8, 2018.

Even in Denver neighborhood near Holy Ghost Church, I spotted these two rabbits at a corner among the tall grass.  Eventually, the property owners trimmed the overgrowth and the rabbits disappeared.

On Aug. 28, Father Andy brought me to the Abbey of St. Walburga in Virginia Dale, Colo., for part of my day of recollection.  I prayed in the chapel while he talked with a priest.  Driving away from the abbey, we spotted the monastery’s llamas and cows along the road.  I found it funny that the cows’ names were pinned to their ears.

Breaking In The Habit

Reflections of a Friar in Training