On Saturday, July 24, 2016, I chatted with a cousin who is a reporter for one of the big New York newspapers.  She recounted the travails and woes of working in newspapers.  I found the topic very familiar because I had shared those gripes among my co-workers on the copy desk.

Even when I started as a copy editing greenhorn, talk swirled around the industry’s decline and the cost-cutting measures that gutted newsrooms.  I witnessed the ever shrinking staff of reporters and copy editors across a handful of newspapers.  On Wednesday, July 20, I was reminded that this pain continued.  That day, my former co-workers broke the news on the Facebook that that parent company Gannett planned to shutter the Central Desk in Corpus Christi, Texas, and transfer operations to its other design hubs around the country.  Some received termination notices for the end of the week.

The Central Desk in Corpus Christi was a magical place.  This pool of talented copy editors and page designers created beautiful newspapers and well-crafted headlines, which garnered numerous awards.  Everyone learned from one another.

(OK, this magical place also includes the agony of technology and press breakdowns; last-minute editorial changes; breaking news; deadline pressures; crummy hours and pay; lack of sleep; and outbursts of cursing, swearing, yelling and pounding of desks.  But that was always a given in any newsroom.)

I was a decent copy editor and page designer.  On the Central Desk, I evolved into a flexible cog that could be tossed into any assignment.  At the end of four years, I could edit local, wire and sports stories; designed local, wire and sports pages; and kept track of wire services.  It can be likened to a utility player on a baseball team, not MVP caliber but competent to complete the job.

But my favorite memories at the Central Desk were when my co-workers helped me outside the newsroom.  When my bike was stolen outside the newspaper, they chipped in money to help me buy a new bicycle.  When I underwent cancer treatments, they visited me and ran errands for me.

I had thought that I would be a copy editor forever.  Some had joked that I would be the last one to turn out the lights.  Although I had considered about moving to another newspaper, I had a hunch that the Central Desk would be my last newspaper job.

However, I was burned out after four years in Texas and 12 years overall.  God was leading me to a different life beyond editing and page designing.

I don’t miss the crummy hours, the deadlines, the cynicism and the low pay.  But I miss the people.  It breaks my heart that one of them would be the last one to turn off the lights.

O St. Francis de Sales, patron saint of journalists, pray to Jesus that He will carry those who remain at the Central Desk through this rough transition and bring them to better opportunities than they ever dream or expect.  Amen.

One thought on “Reminiscing on copy editing” 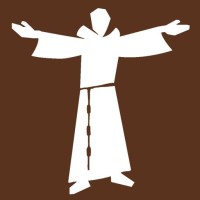