My fellow seminarians and I went to see Episode 8 of “Star Wars” after our last final on Wednesday, Dec. 20.  There was so much to talk about.  Where can I begin?

Once again, a droid brings the comedic humor.  BB8 was hilarious when the guards were found bound and gagged with the tiny droid sitting there.  We were left to imagine what happened. A simple gag of a gambler inserting coins into BB8 gave it ammunition to blast the guards in the prison escape.  He rocked at the end of the movie.  Who knew that such a tiny droid can control an AT-ST walker and blast Stormtroopers?  Meanwhile, Luke showed his sarcastic side as he instructed Rey to reach out with the Force.  She assumed literally and he teased her with a leaf before slapping her hand with it.

After that light note, here are the good lessons I gleaned from the movie.

Coming of age and following orders

One of my friends commented how this episode is like a teen movie with a coming of age story.  Ray and Kylo are seeking their identities in the face of unsupportive authority figures (Luke Skywalker and Supreme Leader Snoke).  Both of them would assert themselves for better or for worse.  Finn fought and defeated Captain Phasma, a reminder of his past as a coerced Stormtrooper.  A feature about growing up is learning to follow orders.  Poe Dameron was always seeking to blast his way out of trouble.  But circumstances required plans to change or craftier strategies to deploy.  But Poe and Finn were so set in completing the mission that people were killed and hurt in the process.  At the end of the movie, the observation of an unusually quiet cave allowed Poe to lead the rebels to escape from the First Order. 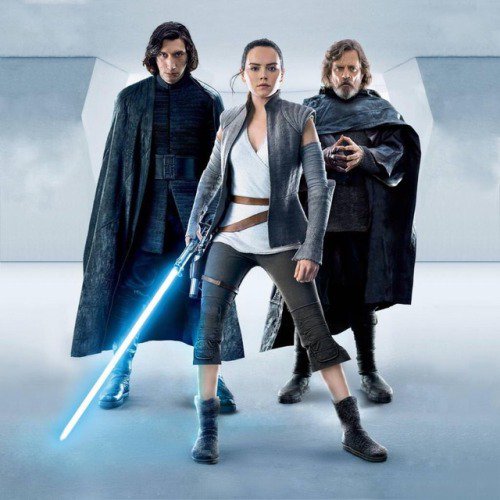 Luke Skywalker demonstrated the steps to integrate past wounds.  At the start of the movie, he was burdened with the guilt and shame over his actions around Ben Solo’s turn to the dark side and the demolition of the Jedi Order.  He had chosen to hide away and let the Jedi die out.  When one saw only failure and pain, a person closed oneself from helping and being helped.  Three people illustrated the steps of healing.  Rey reminded Luke of a fact outside his control: Ben was responsible for his actions.  R2-D2 harkened to the beginning of his adventures by playing the clip of Leia asking Obi-Wan for help.  The drone revealed fundamental facts: People supported one another and Luke’s friends needed him.  Yoda was the catalyst for acceptance.  He burned the Jedi tree to make Luke let go of his failures and acknowledge everything, the potential and the failures.

Kylo Ren epitomized disintegration.  He was focused on the ego in defining himself.  Throughout the movie, he had sought to eliminate any links to the past.  While the images we have of our parents must be let go and replaced with healthier images, Kylo saw only images to destroy rather than the truth and people behind them.  He ended up more conflicted and couldn’t pull the trigger to kill his mother on the rebel cruiser.  The force connection with Rey provided Kylo hope to move beyond himself.  But following the Sith habit of slaying his master, Supreme Leader Snoke, in the end, Kylo devolved into an isolated ball of will, power and impulse.  That cost him when he rushed to fight Luke, allowing the Resistance to escape.

Rey represented most of us, who made steps toward integration in other areas and faltered in others.  Luke helped Rey begin finding her purpose or calling in the universe.  She saw herself bringing hope to the most despairing.  She demonstrated that by using the Force to remove the boulders blocking the Rebels’ escape at the end of the movie.  However, the wounds of being abandoned haunted her.  She entered into the dark side cave to find answers about her parents, but she saw nobody.  Kylo as a voice of negativity said that her parents were nobodys buried in a grave.  If anyone seeks one’s parents from a wounded and hurting place, one naturally reaches the conclusion of seeing only pain and declaring one’s parents as nothing.  What if Rey sought her parents in the healing light of love?  Would she have seen them?  I bet she would have.  Many healing ministries helped people revisit their painful memories in the healing presence of Jesus.  The memories didn’t go away, but closure, understanding and healing sealed up the wounds for people to move on.

The movie would shine if it rested on these points and had no other problems.  Unfortunately, there were much, much more serious problems with the movie.  To be continued …

One thought on “Movie reflection: “Star Wars: The Last Jedi”: The Good”